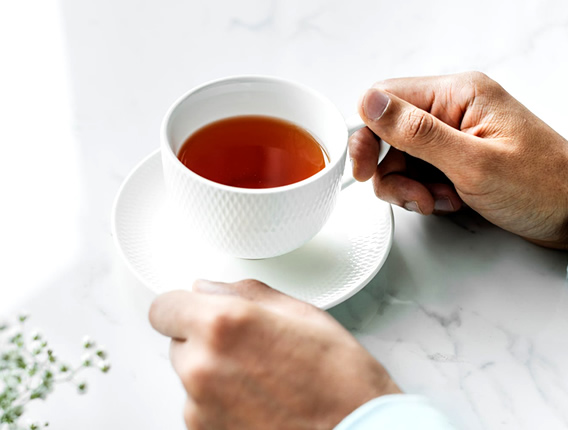 Soon cardiologists could be prescribing Rooibos as part of the therapeutic approach to tackle cardiovascular disease (CVD) – an epidemic that annually claims 8.76 million lives worldwide.

So says Prof Amanda Swart from the Biochemistry Department at Stellenbosch University following an examination of peer-reviewed studies spanning the last two decades on the therapeutic potential of Rooibos in the context of heart disease.

Says Prof Swart, “To date, remedial therapy has been largely ineffective, which is evidenced by the growing incidence of CVD globally. In South Africa too, the condition remains the leading cause of death after HIV/Aids with 56 284 people dying from heart disease every year according to the Heart and Stroke Foundation of South Africa.

She explains that, globally, there is a major shift toward the use of preventative and complementary supplements to promote well-being and help curb the progression of disease, which coincides with the World Health Organization’s Traditional Medicine Strategy, where traditional medicines are being prioritised to improve health. This holds possibilities not only for patients, but for the Rooibos sector and South Africa too, as the herb is exclusively farmed in the Western Cape.

“Given the overwhelming body of evidence that exists, Rooibos’ potential, in both alleviating CVD in sufferers and lowering the risk of developing heart disease, is irrefutable,” remarks Prof Swart.

The beneficial effects of Rooibos are largely attributed to its complex mix of antioxidants. Currently, 59 of these compounds have been identified of which aspalathin is one of the most abundant and also unique to Rooibos.

CVD goes hand in hand with chronic inflammation. This is where Rooibos can help as it contains compounds that counter inflammation in the body. Based on the studies undertaken in humans and rats, Rooibos offers the following cardio-protective benefits:

Joe Swart, Research Director for the SA Rooibos Council, says that a significant amount of funds are invested annually to investigate the health and medicinal benefits of Rooibos, and that the council intends on proceeding with clinical trials.

To get the most from Rooibos, Prof Swart advises drinking it as a tea, whether it be red or green, which will supply a constant stream of antioxidants while keeping one hydrated.

This is how the media picked up on this SA Rooibos Council article:

How much are people spending on beverages?